how to exploit libssh vulnerable flaw

Computers everywhere the globe believe the libssh library. The issue with this is often the discharge of bug CVE-2018-10933. Unfortunately for hackers, this server bug was patched shortly when the discharge. Fortunately, however, for hackers, barely anyone takes the time to update their SSH libraries, so score there.

How the Exploit Works


In a traditional SSH session, the user can decide to log in with a username and arcanum, and according to whether or not the credentials are valid, the server will accept or reject the connection. In the example below, we tend to decide to log in to a server running libssh with the incorrect arcanum by writing ssh username@ipaddress into a terminal window.

Because we tend to don’t grasp the arcanum, the decide to connect is rejected, and we are kept out of the server. On high of this, we tend to ar illegal from connecting to it server for a few time if we tend to try and log in too persistently and fail.

In versions of libssh with the bug in question, a user will trick the system into thinking they're already attested by causing Associate in Nursing sudden message indicating the association already succeeded, bypassing the need to supply a password. It permits Associate in Nursing assailant to realize complete management over the affected system with no information of the arcanum, and it represents a vital vulnerability in any system with affected versions of libssh.
So How Does This Bug Work?

Imagine if you may gain access to a stranger’s house by just telling them you reside there. In this trick, we tend to skip the method of proving we tend to belong with a arcanum and instead send a “success” message. 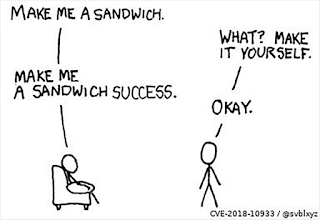 This bug works when an attacker doesn’t attempt to log within the traditional method in the least, and instead sends the server a message that looks to verify that the attacker has already authenticated. This “authentication succeeded” message confuses the server into granting access while not a password, whole bypassing the conventional security of the system.

The first program we'll use to scan for vulnerable devices is named Nmap, which might simply be installed. On Kali, it ought to than by default, however if it’s not, you'll be able to quickly download it with the following command.

In order to find if a device we have a tendency to discover is vulnerable, we'll be using the Python program libssh-scanner. It’s is written in Python 2.7, thus if you simply have Python three installed, you'll need to make certain to additionally install Python a pair of.7.
To install libssh-scanner, you need to clone the libssh-scanner repository by typewriting the subsequent into a terminal window.

Then, once navigating inside the directory and listing its contents, you need to install the specified libraries by running the pip command seen below.


Next, you would like to in addition install the program to thanperform the attack ,. This time, you’re cloning the “libSSH-Authentication-Bypass” repository four and installing any dependencies using the subsequent commands

Step 2: USE NMAP TO SCAN FOR VULNERABILITIES

The first step to fixing or exploiting a vulnerable device is finding it, and it’s comparatively simple to seek out devices on your native network that will need attention. To do so, we'll use a program referred to as Nmap to find devices running an SSH server and verify if libssh is running on them. Nmap is an essential tool in any hacker’s toolkit, enabling one to quickly scan and see all hosts and services on a given network or IP range.

In this case, we'll scan the devices connected domestically to our network, and Nmap can tell us whether or not every device on the network is using a vulnerable version of libssh. To follow this guide, you'll got to install Nmap, however if you use Kali Linux, you possible have already got Nmap installed.

To scan and find out all devices on the local network using libssh, open a terminal window and enter the subsequent nmap command.

Breaking down the command, nmap tells the pc that we would like to really begin using Nmap, whereas -sV tells Nmap that we would like to perform a service scan, that grabs the banner of any service utilized by on an open port. The flag -p22 tells Nmap to only scan devices on port 22, that is the standard port for SSH communication. whereas this won't realize devices that use SSH on a different port, it'll dramatically reduce search times.

Finally, the target expressed as a subnet range; the primary three bytes of this may be unique to your search. once scanning a range of computers instead of only one, the 0/24 at the end is essential for looking the complete subnet. If you would like to find your subnet range, you'll use a tool like “ipcalc” which can calculate it for you. To do so, find your IP address from typewriting ifconfig , then type ipcalc yourIP (replace “yourIP” along with your IP address).

The command will come back a list of devices connected to the subnet, also as some info gathered from the scanned port. in this case we tend to ar trying to find any targets that ar using a version of libssh earlier than 0.7.6. you'll expect to see AN output like below


The vast majority of vulnerable servers are accessible via a remote network, thus we'll need to search during a different way to find devices not connected directly to our LAN.
To find a remote target, you'll need to make the most of a service known as Shodan 4, a look engine that may find any device connected to internet — unlike Google that only returns results from web servers on port 80. as an example, instead of directing you to a web site attempting to sell you security cameras, Shodan will direct you to the login page of functioning IP cameras, potentially granting you access to the camera given the default password is unchanged.

Shodan can have indexed several vulnerable SSH servers, that we will search for each by port number and different keyword searches that reveal hosts running versions of libssh before 0.7.6 that we know to be affected by the vulnerability.

To start, register for a free account, that allows you to look at the primary two pages of any search question, or about 20 unique devices. Then, to find servers vulnerable to the libssh exploit, you’ll need three terms within the search:


The search above can come back a list of IP addresses that may be vulnerable to this attack, along side some a lot of info that Shodan was able to retrieve. Shodan’s info will include a banner pull, the location of the device, the latest activity, and also the organization in control of the server.

nce you've got gathered a listing of targets liable to the exploit, either local or remote, you'll use “libssh-scanner” to scan target IP addresses and determine if they’re still possible vulnerable. other tools will go even more to try establishing a shell, however it's important to note that accessing another device using SSH while not permission may violate the pc Fraud and Abuse Act. depending on who owns the device you access, this will land you in serious legal trouble.

In addition to legal issues, you should be wary of connecting to devices from your real IP address that might be purposely vulnerable to this exploit. Honeypots ar often created this way to attract amateur hackers, and you'll end up within a device configured as a trap.

Now, use libssh-scanner to see if the targets gathered in steps 2 and 3 can really be vulnerable to the exploit. To do this, create a TXT file containing all of The Ip addresses found in steps 2 and 3, with each IP address separated by new lines. Name this text file “ips1.txt” and place it within a similar folder as libssh-scanner was downloaded to earlier in step 1.
Once within the directory, enter the following command into a terminal window.

The command can run Python 2.7, scan every IP address within the text file, and determine if the target is really vulnerable to the CVE-2018-10933 security flaw. As you'll see below, performing the scan narrowed down the list of potential targets from Shodan to only one — 159.180.132.163.

The command returns the subsequent output on a server that has been partially patched however
continues to be vulnerable to the authentication bypass.

If you see a message indicating the connection is successful , then you’ve confirmed the vulnerability on the device

you’re testing. If the connection fails, otherwise you see a part successful result like higher than, then you’ve