Kali Linux 2020: news and download of this distribution of ethical hacking


When we talk about Kali Linux, we mean one of the most important and best known ethical hacking suits worldwide. It offers a wide range of possibilities to users and that makes each new version make many are attentive to their news. In this article we echo thenews of Kali Linux 2020, as well as explain how we can download this Linux distribution.

As often happens with each new update, whatever the type of program or system, they bring improvements. These improvements translate into new functions or tools that make the day-to-day life of users benefit. But you also have to keep in mind that with each new version, present problems are corrected.

Kali Linux allows users to perform different ethical hacking tests. Now they have a series of novelties that make this Linux distribution even more attractive. We are facing the third update of this current version. We will comment on the most important changes.

One of the novelties of Kali Linux 2020 that we can mention is that they have started usingCloudflare CDN to host the repository and distribute content to users. This they do to improve the quality and speed of downloads.

There are also changes regardingmetapackages. Now there is an additional and unique image called kali-linux-large-2020-amd64.iso.

Kali Linux 2020 is not a great update that brings very significant changes, however ithas improved certain applications. For example we talk about tools like Burp Suite, HostAPd-WPE, Hyperion, Kismet andNmap. All of them have been updated to a new version and have included improvements.

One of the significant changes in relation to applications is that it now includesAmass. It is a tool that security professionals can use to map the network and discover possible external threats. Now this tool comes standard with Kali Linux.

For the rest, it should also be mentioned that improvements have been made in terms of failures and security errors. Corrections that, in short, make this new version safer. 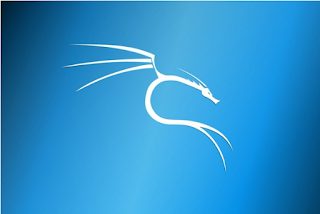 It should be mentioned that for those users who already have this distribution installed and have it updated they will not have much to do. They would simply have to run the root @ kali command: ~ # apt update && apt-and full-upgrade to make sure they have the most current version.
For those users who do not have it installed or want to obtain the ISO for some reason, it is best to go to the official website . There you just have to go to the download section and download the version you want (64 bits, 32 bits ...).

As we always say, it is important to download software from official and reliable sites. We must avoid doing it from third-party links that we don't really know who it belongs to and what could be behind it.

In addition, having updated systems can bring important benefits. On the one hand we will have the most updated tools and thus obtain improvements in performance. However, security is also very important. Security vulnerabilities are corrected with each new update . Faults that can be exploited by cyber criminals and that have been patched.