There are currently a large number of NAS server manufacturers, such as ASUSTOR, QNAP, Synology or Thecus among others, however, you may have a computer that you want to convert into a NAS server, with the aim of reusing it to give you a second life and act like a true NAS server. Do you want to know what operating systems exist to turn your computer into a complete and advanced NAS server?

FreeNAS: one of the most advanced operating systems for NAS based on FreeBSD

FreeNAS is an operating system based on FreeBSD, it is one of the most advanced, although it is not difficult to install and manage. FreeNAS is compatible with the ZFS file system, one of the most advanced currently, and that is that ZFS incorporates native features such as Snapshots to protect all information from possible ransomwares, allows great file integrity, and we will not need any type of driver RAID, since it incorporates the possibility of configuring RAID-Z of different levels. Once you test how ZFS works, you are unlikely to use a different file system to store all your information. 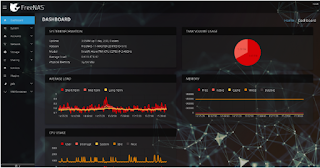 Other features of FreeNAS are that it incorporates a large number of services installed by default, such as SMB / CIFS, FTP, AFP, iSCSI and many more, since it will allow us to install additional software as a plugin, so that we can easily install a BitTorrent client such as Transmission, Plex Media Server, and many more. It will also allow us to perform advanced backups, replication of data in another FreeNAS, and even encrypt the entire contents of hard drives with AES-XTS, which can be accelerated if your CPU is compatible with AES-NI.

Finally, the graphical user interface of the latest versions of FreeNAS is really well maintained, with very well designed graphics, a very intuitive interface, and really fast, ideal for managing the FreeNAS efficiently.

We recommend you visit the official FreeNAS website where you will find all the information about this operating system.

XigmaNAS (formerly known as NAS4Free): based on FreeBSD

XigmaNAS was formerly known as NAS4Free, but the developers changed the name of the project. XigmaNAS is also based on the FreeBSD operating system, just as FreeNAS does. This operating system can be installed on any platform that supports x64 architecture, and that has at least 2GB of RAM.


This operating system supports most file sharing protocols such as CIFS / SMB, FTP, FTPES, NFS, AFP, and many others such as Rsync, iSCSI and more. The operating system allows you to use the ZFS file system, although it also supports software RAID, in addition, it has the ability to encrypt entire disks to protect private information. XigmaNAS can be installed on a micro SD card, flash drive or on an SSD / HDD without problems.

XigmaNAS also allows us to install additional software, specifically all the software from the FreeBSD repositories, and we can even virtualize operating systems inside, since it has an integrated Virtual Box, that is, if you want or need to use Windows or Linux to perform some task, you will be able to install it virtualize it without problems.

Finally, as for the graphical user interface, in our opinion it is quite simple, much simpler than that of FreeNAS. However, this graphic interface is functional and is really fast, although its design is quite old since it has been years without having a full face wash.

We recommend you visit the official website of XigmaNAS where you will find all the information about this operating system.
OpenMediaVault (OMV): based on Debian

OpenMediaVault is the favorite NAS server-oriented operating system for Debian lovers, as this OMV is based on the popular Debian distribution, so you will feel at home if you have used it before.

OpenMediaVault incorporates a graphical user interface via the web that will allow us to configure in an advanced way the main network services, such as Samba, FTP, FTPES, SSH, SFTP, Rsync and much more, and we will also have a BitTorrent client and we will even have the possibility of installing additional software, of course, software downloaded directly from Debian repositories, so the possibilities are almost unlimited.

OpenMediaVault does not have ZFS, but it does incorporate the possibility of configuring a RAID via software. If you think you don't need all the benefits of ZFS, this operating system is a very good option to reuse your computer and turn it into a NAS server. In addition, it is compatible with Raspberry Pi and other boards, since it supports ARM architecture.

The features of DSM using XPEnology are exactly the same as on a NAS server, we recommend you access the official XPEnology website where you will find all the information on how to download this bootloader, how to install it, how to run DSM and much more.